“The Hidden Benefits of Diversity on Organization Design” was originally published by HR People & Strategy in October 2018.

Diversity and inclusion are real concerns for nearly every organization today. Whether it is diversity of race, gender, or religion, or people with special needs, most organizations are aware of the need to design processes and policies that are inclusive of everyone’s needs. As important as fair treatment is, however, there is another layer to the diversity question that deserves more attention than it typically receives. This is the concept of thought diversity.

Human beings from diverse backgrounds experience life in very different ways. They are treated differently by others, have different cultural expectations, and may even experience the physical environment in different ways. This gives each person a unique perspective that can be extremely valuable in organization design.

The Value of Thought Diversity

When selecting a design team, we usually take steps to ensure that the people we include have the appropriate subject matter expertise and are in a position to care about the outcome of the project at hand. But many times, no one thinks to include people on the team who might bring a different perspective or thought process to the table.

This is a shame, because if that difference of thought perspectives is missing, it can create significant blind spots for the design team. As an example, I once consulted with a client whose design team consisted entirely of white males. Although I believe they were talented, open-minded individuals, I couldn’t help but wonder how well their solutions would serve the needs of customers outside their own narrow demographic.

Another more recent experience brought home to me just how powerful an impact diversity of thought can have on a design team. I was working simultaneously with two functions of a multinational organization, both of which attempted to bring together teams that included individuals from every geographical region as well as from the different parts of the business. Only one of the Chinese delegates was able to attend, however, meaning the voice of China was absent from one of the teams.

This played out in an interesting way. Even though the team without the Chinese representative had members who had been to China or were acquainted with the company’s activities in China, the depth of understanding of Chinese culture and ways of doing business in China was simply not present in the same way as it was in the team with the Chinese participant. As it happened, the team with the Chinese delegate ended up deciding to pilot their organization design changes in China, while the other team never even considered China as an option. I suspect that had that individual not been present and able to share their experience and expertise, the first team might also have overlooked what turned out in their case to be an ideal solution.

Are You Making The Most of Diversity?

Over the past few decades it’s become far more common to see greater diversity on organization design teams. For many organizations, assembling the right team does include taking steps to ensure inclusion of both men and women, as well as other diverse groups. I believe this is a positive step forward; however, I also believe that we should take inclusion one step further by considering thought diversity as well. Simply asking the question: “Do our prospective team members demonstrate diversity of thought and bring different perspectives to the table?” can greatly enhance a design team’s chances of success. 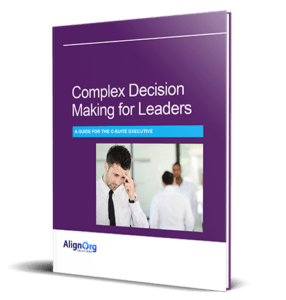