The Importance of Achieving Commonality

Several years ago, I was invited to attend a client’s annual summer party. The business took great pride in creating a lively event that entertained the employees and their families, expressed appreciation for the employees’ achievements, and strengthened connections between the various operating units and departments.

One of the most anticipated event traditions was the tug-of-war. A tall, old trophy from a dance studio had been repurposed and had a place to engrave the name of the winning team. The figure of a graceful dancer on the top somehow made the traveling trophy even more desirable. The two teams, “Office” and “Production,” were required to have even numbers, so their representatives were selected with great care; and most of the participants were equipped with athletic cleats and heavy gloves. As I watched, the Office team rather unexpectedly beat Production, amid jeering and outcries that next year would have a different outcome.

Although the activity was designed to be a bit of lighthearted fun, there was actually a highly competitive atmosphere surrounding it. Like many organizations, this company seemed to have some level of distrust and perhaps even disrespect between the blue-collar and white-collar employees. Back at the factory, perhaps the engineers didn’t trust that the production people would meet specifications perfectly, and perhaps the production people didn’t trust payroll to get their hours and paid time off computed correctly. Whatever the case may have been, I suspected that the company had an internal tug-of-war going on, and what was needed was a sense of commonality across all levels of the organization.

Is Your Team All Pulling Together?

Organizational commonality is essential to win the ongoing contest for market share, customers, resources, and talent. There is a constant tug-of-war going on with competitors, and the company is less likely to win unless its team is all pulling together. When the organization’s systems are well aligned, each function becomes like a hand on the collective rope; and mechanics and physics dictate that the pull on the rope will then be stronger.

Finding Commonality: 3 ways your organization can become greater than the sum of its parts

Learn what is required to create a common understanding, a common language and a common operating picture within an organization, and how doing so can help your business achieve its desired results.

A business leader recently mentioned the “tug-of-war” that often happens between IT and other departments in his company. He had observed that IT’s point of reference typically derives from the problems they are called upon to solve – but they are not brought in when everything is going well. Thus, IT readily concludes that much is going wrong in the other department, and the other department typically believes IT should anticipate problems and respond more quickly. Minus a common understanding, neither department recognizes the other’s contribution to the company’s achievement of its strategy.

An example of this comes to mind from my attack pilot days in the military. When a mission is assigned to an attack squadron, higher headquarters uses attack terms such as: destroy, attrit, delay, disrupt, reconnaissance, secure, or defend. Each of these terms are carefully chosen because doctrinally they mean very different things from a pilot’s perspective pertaining to mission success. This shared language saves time and limits confusion for pilots in the planning and execution of their assigned mission.

Another example that comes to mind is the term “ROE” (Rules of Engagement), used by leaders of an F100 company relating to business development and sales management. This company developed very clear ways of how they manage sales efforts across the world. These shared ways of working outline how teams at all levels and in all geographies hand off leads and manage governance.

By having a clear, common language, teams are more effective at solving problems efficiently and effectively.

Increased commonality will always foster increased cooperation and trust within your team and will help shift any tug-of-war toward the goal of winning against your competitors. As many different factors push and pull leaders’ attention and energy, commonality within the organization will also provide clarity when decisions need to be made. In its best form, commonality of understanding, language, and operations will provide a platform from which the organization can accomplish meaningful and even breathtaking achievements.

Join us at 11 ET on Friday, March 26, 2021 as we explore how to make the kinds of deliberate organization design choices that create and sustain differentiated customer experiences. 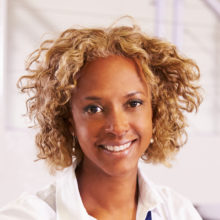